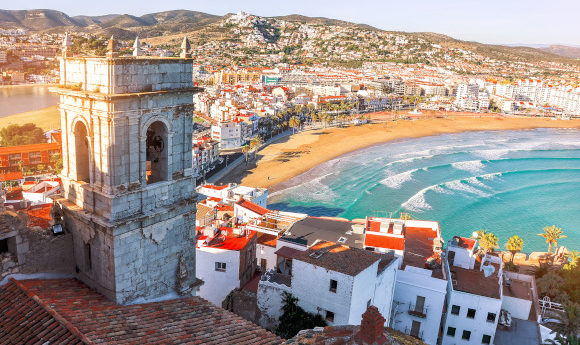 Spain’s charms are endless, whether you want to unravel the country’s Moorish history, immerse yourself in its flamenco-filled culture or visit as many tapas bars as possible. But its true identity lies in its biggest cities, from the mainland to its islands – there’s a Spanish getaway for everyone.

See the country’s urban side or kick-back in one of its coastal hotspots, with so many different  landscapes on offer you’ll be spoilt for choice. Now get ready to experience every inch of this British favourite as we reveal the best cities to visit in Spain. 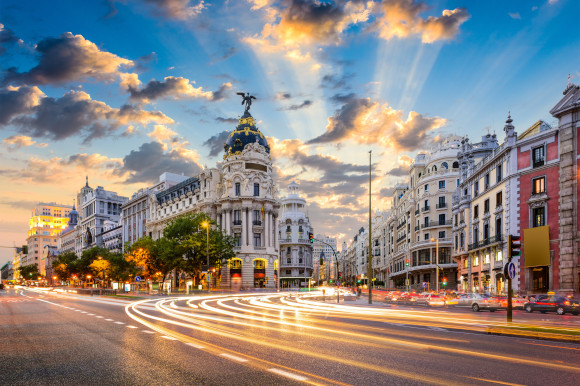 Location: Madrid has a central position at the geographic centre of the Iberian Peninsula.

Why visit? As the country’s thriving capital, you can expect great things from this European hotspot. Often overshadowed by Barcelona, this city has its own style and its beauty is inescapable. Known for its get-up-and-go attitude and extensive list of bars – Madrid is Spain’s beating heart. Despite its cosmopolitan vibe, it is said to be over 2,000 years old.

And you can’t miss its art museums, rivalling some of the best in the world, you’ll find pieces dating back to the Renaissance period, from Europe and beyond. When you’re not visiting its many galleries, its architectural wonders are just as impressive. Foodies will also be in their element with its blend of traditional and cutting-edge flavours, not to mention its home to the oldest restaurant in the world – Sobrino de Botín.

Top tip: Why flag a taxi when you can hop on a bus or take the metro? Madrid is known for its fantastic transport links with buses running 24/7 and the metro until 1.30am. This means you don’t even have to cut your night short. 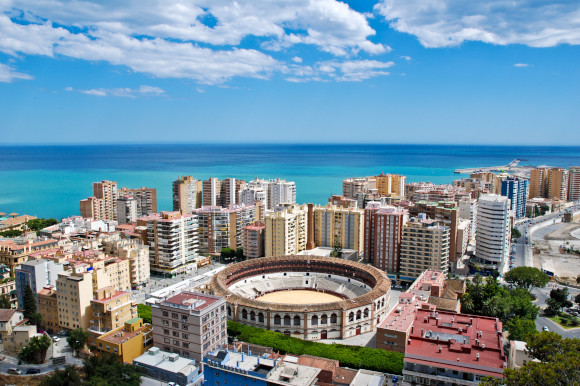 Location: Found in the south of Spain and part of the Costa del Sol coast, Malaga sits on the northern side of the Mediterranean Sea.

Why visit? Often described as the gateway to the Costa del Sol and its endless beaches, this large city also gave birth to Pablo Picasso – one of the most influential painters of the 20th century. Its coastal location promises wind-free sunbathing thanks to its mountain surroundings.

Gaining more and more popularity with British tourists due to its mix of swanky hotels, art exhibitions and vibrant nightlife – get ready for a memorable stay. And you may be surprised to discover Malaga is one of the oldest cities in the world. With a history spanning for 3,000 years, its ancient attractions are extensive from a Moorish castle to a Roman theatre and a Renaissance cathedral alongside some of the best museums in the country.

This Spanish hotspot also offers the perfect combination of sightseeing opportunities and beach days with urban shores on hand when you want to make the most of its toasty climate or escape its bustling streets.

Did you know? You can enter many of Malaga’s museums and monuments without handing over a single euro. The Picasso Museum is free on Sunday afternoons as is the cathedral from 2pm. 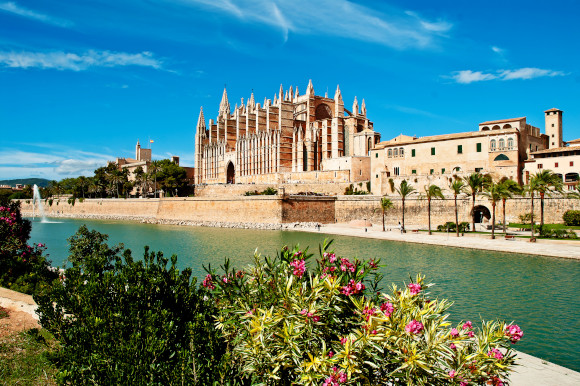 Why visit? This vibrant capital is no one-trick pony. Whether you’re looking for lively nightlife, shopping opportunities or historical lures – Majorca has you covered. You can enjoy the best of both worlds here – spend your morning taking in the city’s biggest sights before hitting its Blue Flag stretches for an afternoon soaking up the sun.

Come nightfall, the stylish marina is the place to head before you move onto the clubs in Santa Catalina that is.

Top tip: If you’re looking for the best panoramas of the city from up high, nothing beats the view from the top of Castell de Bellver. 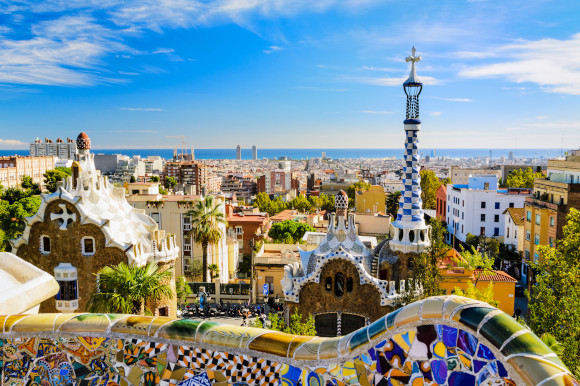 Location: Barcelona is the capital of Catalonia, which is cradled in the northeastern Mediterranean coast of mainland Spain.

Why visit? As the second-largest city in Spain, Barcelona certainly packs a lot in. Not only is it one of the greenest cities in the world with 68 parks to work your way through, but its famous beach didn’t exist until 1992.

This unique hotspot is also adored by football fanatics thanks to Camp Nou, the largest stadium in Europe and the permanent residence of the almighty Barcelona FC. But the biggest attraction has to be its enchanting architecture, and we’re not talking grey dull buildings.

With Gaudi’s wonderful imagination dominating the city, admire colourful tile work, iron balconies and mythical sculptures. La Sagrada Família is an architectural must-see, this unfinished masterpiece has taken longer to complete than some of the world’s most famed structures.

After taking in its iconic sights, wander down the tree-lined Las Rambla, head to the Gothic Quarter and stumble upon tucked-away tapas bars or treat yourself to some retail therapy with more than 35,000 shops on your doorstep.

Top tip:If you want to visit Gaudi’s three main sites – La Sagrada Família, Park Guell or La Pedrera at Casa Milà – you need to book in advance! With tickets sold out days in advance, planning ahead is a must to avoid disappointment. 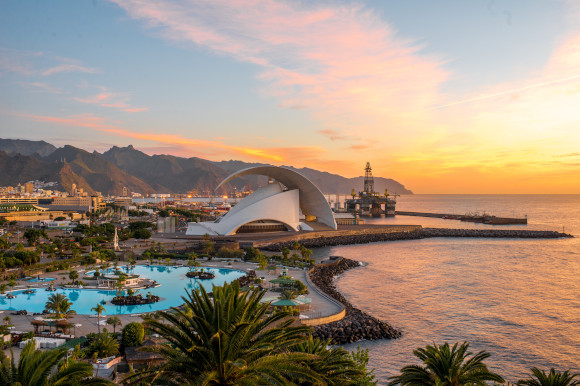 Why visit? This port city is Tenerife’s capital and is home to one of most historically important harbours in the Atlantic Ocean. Filled with colourful buildings and found at the foot of the striking Anaga Mountains, its beauty never fails to impress.

When it comes to attractions you’ve got a stunning auditorium which doesn’t look dissimilar to the Sydney Opera House, a park designed by the Lanzarote-born artist César Manrique and a museum detailing the island’s volcanic past. While, Playa de las Teresitas is the best place to take advantage of the island’s year-round balmy temperatures with its imported Sahara sand.

This vibrant city is also home to the second most popular carnival after the one held in Rio de Janeiro. With 250,000 people attending this 15-day fiesta, it’s an experience like no other.

Did you know? Santa Cruz de Tenerife is the perfect spot for visiting one of Tenerife’s biggest attractions – Teide National Park. Taking around 1 hour and 30 minutes to get there, step away from the busy streets and explore this natural marvel in half a day.

Location: Bagging a central location on Spain’s Mediterranean coast and part of the popular Costa Blanca region, Alicante is the second-biggest city in the Valencia Community.

Why visit? When you first arrive in the Spanish hotspot, one thing will demand your attention, and that’s the astonishing Castle of Santa Barbara, which sits high above the coast on Mount Benacantil. Offering a blend of lazy beach days and antique sights – it’s the ultimate city break in the sun.

When you’re not sampling its tasty seafood restaurants and tapas spots in its port area, get your historical fix in the Old Quarter, where you’ll find a cathedral dating back to the 17th century alongside a fine example of Baroque architecture. In fact, the city is worlds away from the British focused resorts Costa Blanca is famous for. With traditional cobblestone streets and pristine whitewashed houses, it has an authentic air.

As for beaches, Alicante is adored for its lengthy white stretches. It’s hard to believe you’re in a city when you step on Playa del Postiguet, which sits close to the Old Town. Welcoming you with the softest golden sand and far-stretching shallows, don’t be surprised if you lose track of time.

Top tip:The tram is the easiest way to get around Alicante. With four different lines taking you right across the city and costing €1.45, it’s a great way to explore this magnificent metropolis. 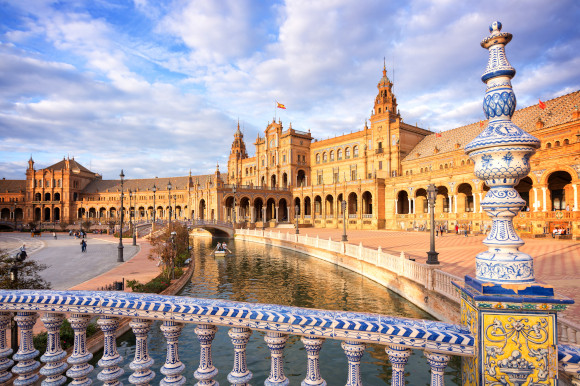 Location: Forming part of the Andalusia region, you’ll find Seville in the south of Spain.

Why visit? It doesn’t get much more Spanish than a trip to Seville. It’s a place where flamenco clubs mingle with quaint courtyards and horse-drawn carriages line the streets. The city is truly beautiful, so much so, it has caught the eye of numerous film makers across the globe with on screen appearances in Lawrence of Arabia, Star Wars Episode II: Attack of the Clones, and more recently, the hit TV series Game of Thrones.

When you’re not admiring its captivating structures from a Gothic church to a UNESCO-listed palace and one of the oldest bullrings in the world, this magical city has plenty of charm. Stumble upon orange blossom trees and old-fashioned street lamps as you head for its buzzing paella spots and rooftop bars.

Top tip: Despite being packed with romantic spots – you can’t beat the views of the lit-up cathedral and bell tower from the bar-terrace at the conveniently placed hotel EME. 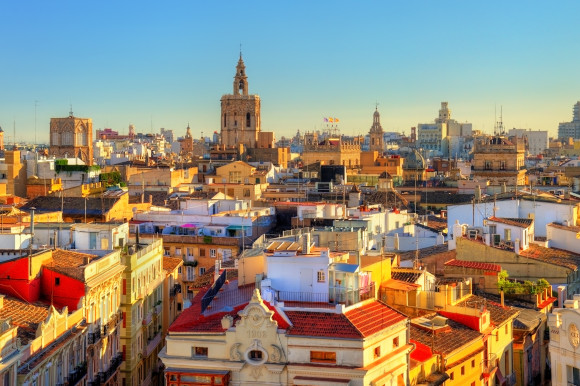 Location: Taking up a central position on Spain’s east coast, Valencia is where the Turia River hits the Mediterranean Sea.

Why visit? As Spain’s third-largest city, Valencia is the perfect combination of sun-filled beach days and busy streets bursting with impressive architecture. People come here for all kinds of reasons, but most are captivated by the thought of seeing the Holy Grail – the cup which Jesus allegedly drank from at the famous Last Supper. Said to be on display in Valencia Cathedral, see the historic chalice for yourself.

The city’s skyline is a contrast of ultra-modern buildings like the City of the Arts and Sciences and grand 15th century structures like La Lonja de la Seda – offering a unique sightseeing experience. Shopping is also a huge part of its spirit, considering it is home to one of Europe’s longest-running markets – The Mercado Central. Selling all kinds of local items there’s no better way to immerse yourself in the culture.

As the birthplace of paella, the country’s most famed dish, food lovers will be in their element. But be warned – a Valencian paella has some slight variations when compared to the tourist offerings you’ll find in Spain’s most popular resorts. Typically consisting of green and white beans, chicken or rabbit, snails and saffron – it’s a lot tastier than it sounds.

For the best flavours, head to the city’s beachside eateries at Paseo Marítimo, a promenade buzzing with activity.

Did you know? If you were hoping to brush up on your Spanish during a visit to Valencia, think again. In fact, Valencia has its own language known as Spanish (Castellano) which is widely spoken here.

So, which Spanish city will you be adding to your travel bucket list? 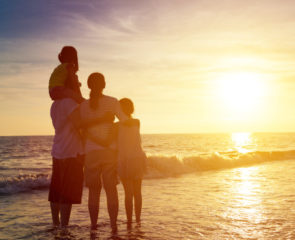 The 5 Best Family Holidays in Europe 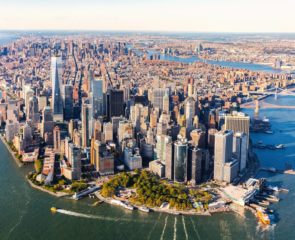