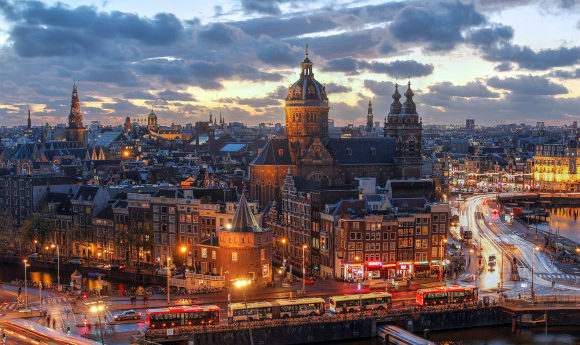 This Dutch capital has an LGBTQ scene that will rival other cities from its retro clubs decorated in glitter and neon lights to bar crawls down Reguliersdwarsstraat street – say hello to some of Europe’s most prestigious gay drinking spots.

In fact, it’s home to the continent’s first homosexual bar which opened in 1927. This diverse city even boasts gay-only districts, providing exclusive access to some of the best nightlife in Amsterdam. Expect theme nights, drag queen performers and happy hour cocktails – what are you waiting for? Hop from one music-pumping venue to the next with our know-it-all guide.

The best gay clubs in Amsterdam

Why visit? Once an old carriage house, now one of Amsterdam’s biggest clubs – you don’t want to miss this four-floor lively venue. Although Club NYX is renowned for its gay events, this dancing spot is the perfect base to take your straight friends with its open-minded atmosphere and early hour closing time. Each level of the club offers a different style of music, whether it be house, techno or garage beats, take your pick throughout the night.

Each event welcomes big-name European DJs to its decks and famous faces such as RuPaul’s Drag Race queen Ariel Versace make special appearances. Move to the groove with themed evenings featuring songs from noughties superstars Beyonce and Christina Aguilera. Don’t forget to grab tickets to one of the club’s monthly extravaganzas!

Why visit? One of the most visited gay clubs in the city for its large dance floor, dark rooms and cabins – look out for its weekly famous events. The ambience is electric with camp acts gracing the stage alongside world renowned DJs. As the host to colossal parties, Club Church asks guests to escape the age of social media and immerse themselves in old fashioned fun by meeting new people, dancing and communicating without your mobile phone.

And trust us when we say, there’s no time for Facebook scrolling when you enter this exciting venue. Throughout the months take advantage of extravagant mask parties, fancy dress and drag shows. Music varies from 90s pop featuring remixes of Madonna and Britney Spears to techno sounds and deep house tunes. And when it comes to drinks, the bar has an extensive cocktail list and is backed by premium spirits.

Top tip: Check the website for event details before attending, as some evenings are exclusively men only or require a certain dress code.

Why visit? Once you set your eyes on this spot’s dramatic canal views, it will become your go-to club. The Queen’s Head is one of Amsterdam’s longest running gay bars and this comes as no surprise with its beloved resident DJ and weekly bingo nights. Keeping you entertained until 3am at the weekends with guest performers and dance music – you’ll never want to leave this all-singing, all-dancing venue.

Priding themselves on being the most down-to-earth gay spot in Amsterdam for decades, their reputation precedes them. Welcoming every gender, race, sexuality and age – it doesn’t get more diverse than this.

Top tip: Looking for the ultimate party spot or celebrating something special? Private events can be arranged in advance at The Queen’s Head.

Raving reviews: Boasting 5 stars on Facebook, here’s what Eric Jones had to say about The Queen’s Head: “Amazing bar, went there tonight for the first time to play bingo and had so much fun. Staff are amazing and friendly and there’s a really nice atmosphere. Definitely will be going again!”

Why visit? Famed for its magical parties, Soho Amsterdam has a jam-packed event calendar this year. Party animals from all over the world flock to this vibrant spot for a night to remember with DJs, dancers and entertainers on almost every evening until the early hours. Whether you want to dress to impress, attend its themed extravaganzas or catch a bargain on G&T Thursdays – there’s something for everyone.

As a major must-visit during Amsterdam’s Gay Pride, join in with Soho’s celebrations. There’s also Sundays dedicated to shots and Wednesdays feature guest performers. When it comes to music, this depends on the nightly theme from laid-back Caribbean rhythms to disco fever – either way, you won’t be able to resist tapping your toes.

The best gay bars in Amsterdam

Why visit? Welcoming the gay community since 1978, this cosy and intimate bar will lure you in night after night with its laid-back ambience, happy hour cocktails and alternative music. This traditional style pub has a pool table, pinball machine and rustic fireplace – the ideal base for a relaxing drink. There’s a terrace overlooking the city’s twinkling lights and free Wi-Fi keeping you connected with the world.

Guests would queue for miles to sample the Spijker beer back in the 80s and it’s still as popular to this day. There’s so much history to uncover at this bar from its hotel days to its theatre shows,  it’s more than a place to sink a pint. Now holidaymakers can revel in bingo nights and pool tournaments, while listening to ABBA or old-school classics.

Best for: Cosy and cheap drinks

Top tip: Happy hour is between 5pm and 7pm every day for those wanting to snatch up a bargain.

Why visit? It’s one of Amsterdam’s favourite gay cocktail bars, with zesty concoctions including a Spicy Mango and Passion Swizzle. When you’re not singing your heart out at the monthly karaoke night, head for Sunday Bubbles and Bites which features pink prosecco on tap, light bites and pop tunes. During summer the terrace is the ideal spot for soaking up rays, but when dusk falls it also provides jaw-dropping city vistas.

The bargains never end at this funky venue with cheap Mondays and G&T Tuesdays offering 25% discount! There are also special events to celebrate big occasions such as New Year and Easter alongside appearances from DJs on weekends, who play everything from house to R&B.

5 stars: Facebook user Clay Hall had nothing but brilliant things to say about Prik: “I love this place, went with friends and had a really good time. Music was good and the staff were super friendly. I had such a blast the first time, that’s why I had to go back!”

A post shared by Michel Swart Photography (@michelswartphotography) on Aug 9, 2018 at 4:01pm PDT

Why visit? Full of glitter and glamour, this elegant bar oozes style and sophistication. Evenings consist of special acts from singing sensations to comedy stars and cabaret – who knows what amazing performance will take to the stage. Crazy bingo nights are hosted by top-quality drag queens such as Peggie Pie and Ashley Knight.

Its state-of-the-art sound system will get you up and moving, alongside its 90s playlist featuring the Spice Girls, TLC and Mariah Carey. Scoring 5 stars on TripAdvisor for its electric atmosphere, stand-out customer service and entertainment – expect a one-of-a-kind experience.

Why visit? Situated in Amsterdam’s gay district, enjoy two drinks for the price of one at this happy hour drinking spot. Another go-to during Gay Pride for its cheap beverages and Wednesday night cocktails, immerse yourself among the bar’s top-quality entertainment and extensive drinks menu. Feeling peckish? Taboo has you covered with light snacks served throughout the evenings while you catch the show.

Flying in drag acts from across the globe such as Belgium’s finest showgirl Ivana and Janey Jacke all the way from Greece, each night offers a magical experience.

What to expect: Although the Christmas celebrations are over, there’s still an abundance of homosexual bars and clubs to hit.  It may be one of the city’s colder month, but you’ll soon work up a sweat busting out your best moves to Gwen Stefani.

What to expect: With big events such as Valentine’s Day this month, expect speed dating nights and romantic themed parties. There’s also your standard bingo and karaoke spots for those not looking for love.

What to expect: As the clubbing season starts to liven up, holidaymakers can expect to see famous drag acts and international DJs in Amsterdam’s bigger venues. Although not in full swing, most gay bars will have nightly entertainment making them as busy as any other season.

What to expect: Amsterdam’s nightlife will take over the streets with themed events in the majority of the top gay bars, regular bingo and performances in its most intimate venues. There’s a special performance in one of these exclusive spots almost every day of the week.

What to expect: In May you can expect a celebration of the noughties, 90s and 80s with most clubs hosting dedicated nights to legends such as Beyonce and Jennifer Lopez.

What to expect: Although a little quieter before the streets fill with processions for Gay Pride, there’s still a few parties in major drinking spots. Be sure to check out the clubs social media pages to keep up-to-date on all the latest events.

What to expect: The month we’ve all been waiting for and the beginning of Gay Pride. When you’re not joining in with the festivities outside, you’ll be hopping from one bar to next on Amsterdam’s famous gay strip.

What to expect: With Gay Pride continuing throughout the beginning of August, the celebrations don’t stop. There’s world-famous DJs, guest acts and parties until the early hours at the city’s most sought-after clubs.

What to expect: The alcohol is still flowing in September with Soho Amsterdam taking the crown for fun-filled fiestas. There are dedicated nights to fancy dress and neon paint, while the bars offer two for one cocktails and house music.

What to expect: It’s the spookiest month of the year, so pack your costumes because there’s Halloween extravaganza all over the city. But our favourite is at Soho, with its neon-lit dancefloor and R&B beats.

What to expect: Although on the quieter side with Christmas fast approaching, enjoy a cosy beer by the fire at Queers Cafe or dance from dusk till dawn to ‘Can’t Get You Out of My Head’ by Kylie Minogue.

What to expect: Already famed for its Christmas markets, Amsterdam also enjoys an epic nightlife scene during December. Keep your eyes peeled for tinsel decorated events at Prik and Soho.

You’re in one of the most gay-friendly countries in the world, so take advantage of its thrilling nightlife, parties and secluded hangouts for the ultimate city break. 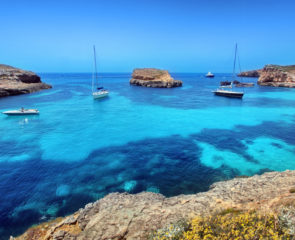 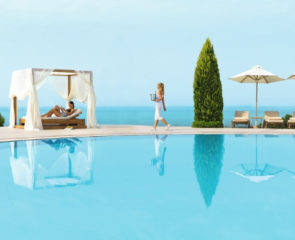 Revealed: The New €150m Luxury Resort in Spain with 8 Pools