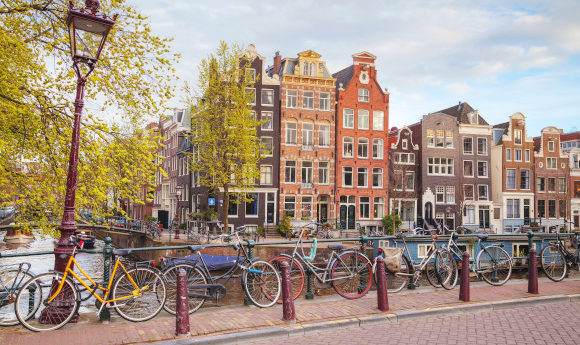 As one of Europe’s most diverse cities, Amsterdam has something for every type of city breaker. Made up of eight districts which are separated into neighbourhoods, finding your way around is fairly straightforward.

Whether you’re planning a romantic break with your other half, travelling solo, bringing the whole family along or want to tick off its biggest sights – discover the best places to stay in Amsterdam.

Located in the west close to Amsterdam’s city centre, Westerpark is an upbeat neighbourhood with plenty going on. Best known for its 19th century park, wander this vast green area and stumble across everything from a cinema to a jazz cafe and petting zoo. But despite its vast offerings, this unsung attraction is often overshadowed by Vondelpark, the city’s most famous green space.

To the rear of this public garden sits Westergasfabriek, where trendsetters tend to congregate. This former gas plant, once the country’s largest, is now a cultural heaven with restaurants, bars, galleries and events all present here.

During the summer this area is known for its open-air concerts and fair, while the winter brings an ice-skating rink. The area is also home to two of Amsterdam’s top shopping streets – Haarlemmerstraat and Haarlemmerdijk, where you’ll find bargains galore.

Best for: First timers – Being so close to the city centre Westerpark allows Amsterdam newbies to explore its major sights from a quieter, easy-going base.

Top tip: Don’t miss the market which takes place on the first Sunday of every month. Selling fashion items alongside arts and crafts, it’s a must-visit, especially if you’re looking for one-off objects.

Combining culture and nature, Plantage is a peaceful residential area. Tucked away from Amsterdam’s crowded streets, it takes around 20 minutes to walk to the centre. However, there are plenty of transport links and bike rental spots if you don’t fancy travelling by foot.

Filled with tree-lined alleyways, the city’s oldest botanical garden and pretty squares, it’s a refreshing change from the capital’s core. There’s so much to do here with the world-famous Hermitage Amsterdam on your doorstep, or you can always head for the Dutch National Opera and Ballet, where you can take a tour or enjoy the fantastic performances on offer.

While, kids will adore Artis Royal Zoo. Not only can you observe a whole host of animals from zebras, ostriches and giraffes, but you can discover minuscule organisms at ARTIS-Micropia, which is currently the only museum of its kind in the world. The area is also home to a great deal of history with its Old Jewish Quarter, where important buildings stand as a reminder of Amsterdam’s Hebrew heritage.

Best for: Families – A lot quieter than the centre, Plantage is perfect for families who want to escape the hustle and bustle. With a whole host of cultural and family attractions at your fingertips, your kids won’t get bored. Plus, you’re just a short walk from the centre’s biggest sights.

Top tip: We suggest booking early if you’re looking for accommodation which is suitable for kids. This is an extremely popular area with families so child-friendly hotels can go quick.

As one of the capital’s hippest neighbourhoods, you’ll find Jordaan positioned between four canals in the west of the city. Despite its humble beginnings with a huge working class and immigrant population, the area is now considered upmarket.

Its grid layout is simple to navigate with narrow streets and canals making up the majority of the area. While it’s easily accessible from the centre, you’ve got everything you need on your doorstep with a mix of hidden cocktails spots, trendy coffee stops, quirky eateries, avant-garde art and talented street musicians all offering a bohemian feel.

It’s also home to some of the city’s biggest attractions such as Anne Frank House, the exact location where the young Jewish girl lived in hiding. This is a must-visit for writers and history lovers with quotations from her diary and age-old objects on display.

Known for its countless brunch spots, there are plenty of venues where you can sit outside and order a Bloody Mary followed by a delicious crepe. Admire its stunning canal houses overlooking the water, before taking a shopping trip down Westerstraat. Filled with endless market stalls, you may even pick up big-name items for less. Often selling expensive goods with small defects, nothing is more satisfying than knowing you have bagged yourself a discounted designer label.

Best for: Young couples – Its laid-back atmosphere and exclusive vibes go down a treat with couples. Without a stag party in sight, walk hand in hand enjoying peaceful canal views or hit one of its many romantic restaurants or bars, perfect for a Dutch date night.

Did you know? This district is home to one of the most unusual museums, not just in the Netherlands, but in the world! Woonbootmuseum is located inside a houseboat, allowing you to see what life is like living on a canal.

Lying on the outskirts of the city centre, Oud-West is a mix of modern and historic. This upbeat spot welcomes everyone with its approachable locals and huge family population. Less mainstream than many of Amsterdam’s neighbourhoods, it’s a great place to dip in and out of the action with the centre within walking distance.

When you’re not taking advantage of its bordering green areas such as Vondelpark, the city’s most famous, you could be hitting Hallen Amsterdam, a tram station turned food hall. Celebrated for its gastronomic delights, its culinary offerings are a big part of its appeal whether you head for well-known favourites like the Paris-inspired Bar Centraal or opt for vegan delights with cafes serving inspirational plant-based dishes.

Fancy catching a movie? This charming spot is also home to the largest independent cinema in the Netherlands!

Best for: Solo travellers – With more and more people choosing to travel alone, Oud-West is a great choice. Known for its friendly vibe and located conveniently close to the centre, solo travellers will feel right at home with its fantastic accommodation options. There’s also plenty of museums and cultural centres, while its nightlife is low-key.

Top tip: On a sunny day pack a picnic and head to Vondelpark. Not only is this a great way to save money, but it’s also a fantastic place to socialise with the locals.

Sitting south of the Canal Belt and a tram ride from Centraal Station, you’ve got one of Amsterdam’s most-loved neighbourhoods. Known for its less touristy nightlife scene, it’s a great place to come if you want to party like a local.

You’ll also find the area has a melting pot of cultures, so with that comes a blend of cuisine. Amsterdammers come here to escape the tourist trail with quirky bars, bohemian cafes and vintage shops luring them in – a stark contrast from the crowded centre.

Visits to the city’s biggest market are a must, a shopping experience like no other where you’ll be greeted by over 300 stalls selling everything from glazed pottery, fresh fruit, retro jewellery and unusual souvenirs. What’s more, it’s open most days from 8am apart from Sundays.

By day, we recommend a visit to The Heineken Experience, where you’ll get to try the brand’s locally produced beer. Come evening, it’s all about bar hopping with trendy drinking spots on every corner, whether you’re looking for lively cafe terraces or laid-back cocktail venues.

Best for: Nightlife – Perfect for anyone looking for an under-the-radar nightlife scene away from the hordes of tourists who flock to the Red Light District. The area is often frequented by students, expats and curious travellers.

Top tip: If you’re a beer fan, the De Pijp area is home to Brouwerij Troost, Amsterdam’s second largest craft brewery. Alongside its drinks you can also enjoy an outdoor terrace and regular live music.

You can’t come to the Dutch capital without a visit to Amsterdam’s Old Centre. It’s a must for city breaks, considering it’s home to some of the busiest streets with tourist attractions galore. Split into two halves, one historic and one new, each part has its own draws.

The new section is where you’ll find one of the capital’s most visited attractions, Dam Square which is dominated by the striking Royal Palace. Over in the old part you’ve got the Holland’s answer to Chinatown and one of the most talked about areas in the world, the Red Light District. This is a place where neon-lit windows and coffee shops collide. Often crowded day and night, most people are intrigued by its street brothels and seedy shops.

You’ll also come across two downtown shopping areas where you’ll find all sorts of retail chains with the odd souvenir shop thrown in for good measure. There’s plenty of chances to see its ancient streets from the water too thanks to its daily canal tours. And if you’ve come to Amsterdam for its culture, you’ve got a good choice of museums close by.

Best for: Sightseeing – The Old Centre is a top spot for sightseeing. Despite its touristy reputation, it’s a great place to stay if you want to be close to all the city’s biggest attractions.

Need to know: You’re strictly prohibited from taking photos of anyone working in the Red Light District. Although hard to enforce, if you’re caught it’s likely your camera will be confiscated.

Booking a city break to the Netherlands has never been simpler, now you know where to stay all you have to do is decide who you want to travel with. 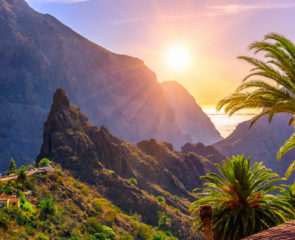 Where is hot in November? 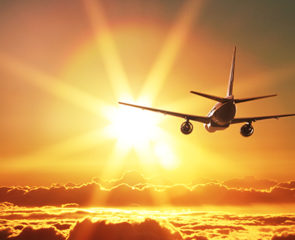