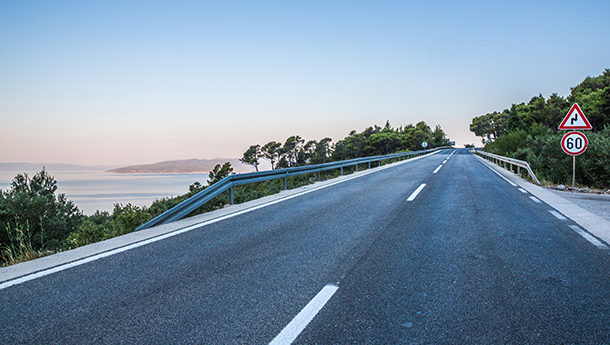 When you want to see the best of Croatia, a road trip is the only way to go. You’ll get to visit all the islands, cities and parks at your own pace, and have the freedom to go off the beaten path. You’ll also get to experience one of the most scenic drives in the world.

With it all to look forward to, it pays to do some prep before you go. Armed with a bit of pre-travel knowledge, you can avoid any surprises that might take the shine off your holiday.

That’s why we’ve put together a handy guide to help you make the most of your Croatia road trip. We’ll give you the lowdown on the best routes to take, the must-see towns and attractions, and what to expect on the open road. Now let’s get motoring!

Hiring a car is not only the best way to see as much of Croatia as possible, it will give you the freedom to explore as your mood takes you. Car hire is very reasonably priced in Croatia, so it won’t put a serious dent in your holiday budget.

At Dubrovnik airport, you’ll find all the major players just outside the arrivals hall – Hertz, Avis, Sixt – they’re all there. You can prebook from any number of online companies, but we recommend using a comparison website to get the best deals.

We used Skyscanner and found some incredibly cheap deals, starting from just over £7 per day for a compact or economy model, and around £30 for an SUV.

Like most of Europe, Croatians drive on the right, so be aware of this as you leave the airport. The speed limit on motorways is 130km/h, on main roads it’s 90km/h, and in residential areas, 50km/h. Speed limits may vary from time to time, so always keep an eye on the road signs.

Driving on motorways in Croatia means tolls, and these are calculated by how far you travel. It’s a simple process – just take a ticket from the toll machine at the start of your journey, and pay a cashier upon exit. You can pay in the local currency (Kuna), Euros, or with a debit/credit card.

It is perfectly possible to avoid the tolls in Croatia, although this will add a fair bit of time to your trip. We recommend taking the toll routes, since you get to spend more time enjoying your holiday. Most journeys cost just a few Euros.

If your starting point is Dubrovnik, you’re in luck, because this place is truly special. The whole area has been designated a UNESCO World Heritage site, and it’s easy to see why. This compact enclave is free from motorised vehicles and can be explored entirely on foot. A walk around the fortress walls is the best way to take in the amazing city sights.

While Dubrovnik can’t be missed, it can get busy in peak holiday season. For this reason, we recommend a trip out to Cavtat, a 20 minute drive. Travel south on the D8 along the scenic Dalmatian coast where you’ll pass secluded coves, and the pretty harbourside village of Mlini.

Arriving at Cavtat, head to the promenade, where a picturesque walk takes in fishing boats, pebble beaches and small bays for swimming. At night, the waterside restaurants serve up delicious Croatian and European food, with lovely views of the harbour.

With the city of Split on your itinerary, get back on the D8 to begin your drive upwards. This coastal route is considered to be one of the most scenic drives in the world, taking you through lush forests, along winding mountain roads and past stunning ocean views. While it can be done in around 3 hours, you’ll want to stop off along the way to take it all in, so leave early to make the most of the drive.

About a third of the way up, the road takes you (briefly) into the country of Bosnia and Herzegovina. Don’t worry, there’s nothing to worry about  – all you need to do is show your passport, and away you go.

At Split, there are a number of historical attractions worth taking your time over. Wander through the narrow streets to Diocletian’s Palace, a sprawling complex of grand Roman buildings built in the 4th century. From here you can find the Cathedral of St. Dominus, one of the world’s most complete ancient Roman buildings.

From the ferry port, it’s just a 50 minute boat ride over to the island of Brac, home to Zlatni Rat beach, arguably the most beautiful in Croatia. Boats also make regular return trips to celeb-favourite Hvar island, and the historic Korcula.

Back on the road, and the D8 continues its path northward towards Zadar. This historic town is entirely pedestrianised, making it ideal for exploring all the ancient Roman ruins and Venetian-era buildings. There are even beautiful beaches a short walk from town, where you can take a dip in the crystal-clear Aegean sea.

The other thing Zadar has going for it is the town’s proximity to Plitvice Lakes National Park. The drive, which starts from the D8 and continues on the E71 toll road heading north takes around 2 hours.

The park is exceptionally beautiful and features a system of interconnected lakes. Here, wooden walkways take you past an impressive number of waterfalls, which cascade from one body of water to the next. The lakes are surrounded by steep forested slopes and cliffs which make an excellent vantage point for taking in the breathtaking views.

Step back in time

From Plitvice, the E71 routes takes a little over 2 hours to reach the capital Zagreb, or, if heading to Pula – our next destination – take the D52 towards the coast and drive north. The drive is the longest on our itinerary at around 4 hours, but the route takes you past the beautiful island of Krk, accessible by bridge, and well worth exploring.

Pula’s top attraction is undoubtably its magnificent Roman amphitheatre. Built in the 1st century AD, this dramatic and imposing arena was built under the command of Emperor Vespasian, founder of the Colosseum in Rome.

One of the 6 largest Roman theatres in the world, the stadium was once home to gruesome gladiator fights, where 23,000 spectators would gather as men fought for their lives against wild animals – and each other. Later, the arena was used to host the Tournament of Knights, a show of medieval military prowess, as soldiers prepared for battle.

Another awe-inspiring piece of ancient architecture is the Temple of Augustus, built as a monument to the first Roman Emperor in 25 BC. Standing nearly 50ft high, the imposing temple forms the centrepiece of the surrounding square.

After a busy morning sightseeing, you might want to spend the afternoon by the ocean, and Pula is home to some wonderful bays and beaches. Be sure to check out the emerald-coloured water at Hawaii Beach, and pay a visit to St John Cove, a beautiful rocky inlet hemmed in by verdant forest.

The journey back down the coast to Dubrovnik is the perfect excuse to stop off at the places you missed on the way up. Highlights include Paklenica National Park (just north of Zadar), and the medieval town of Sibenik, a Game of Thrones filming location. Further down the coast you’ll find  the town of Ston with its magnificent stone walls, and the ancient city of Ploce – the perfect base for exploring the nearby valleys, mountains and lakes.

Matt French
Matt lived and worked in South Korea for a number of years, where he spent his free time hiking, playing football, and trying to learn the language. Now back in England, he’s looking forward to exploring Europe and the coastal paths of the UK. Away from work and travel, Matt can be found following Arsenal FC, getting creative in the kitchen and rambling in the west country.
Share on Facebook Share on Twitter 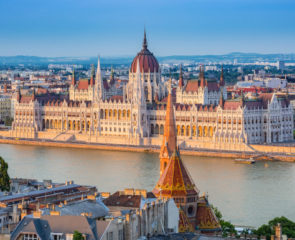 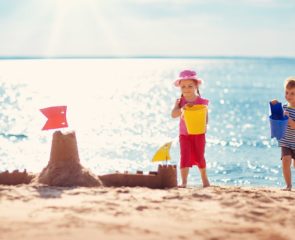