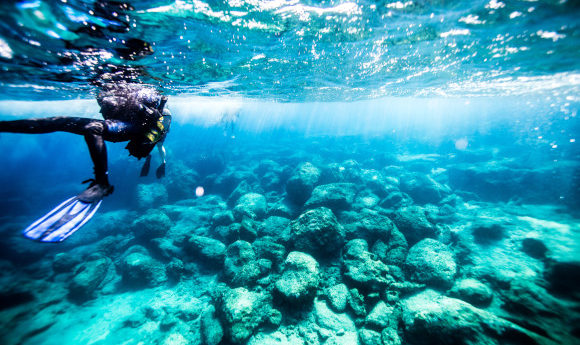 Join us as we discover the hidden treasures of Turkey’s mysterious waters, from its exotic marine life to its secret caves. Dive its depths and revel in the colourful corals of the Mediterranean, or get lost in historical World War I wreckages nestled within the seabed of the Aegean.

Suitable for beginners and experts alike, scuba diving in Turkey will allow all levels to explore its ocean floor. There are over 125 shipwrecks spread across this idyllic coast dating back to the 14th century BC. Our handy guide will give you the low-down on these exclusive areas, alongside the top diving schools perfect for newbies and the best destinations for underwater adventures. 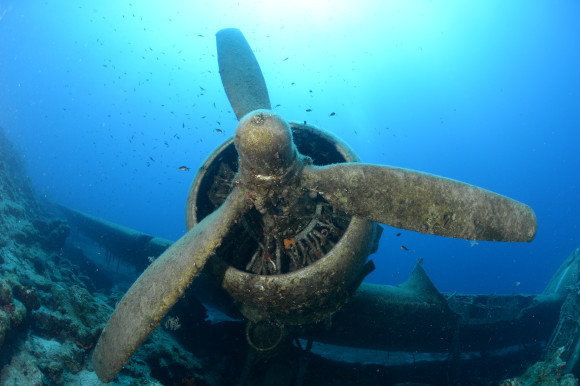 Why visit? There are just over 20 diving sites along the Bodrum coast, these underwater landscapes cover reefs, caves and three purposely sunken wrecks. Instructors famously take divers around Karaada or Black Island just east of the resort, where stingray, turtles and dolphins are often spotted. However, for octopuses, Moray eels and many other unique species of fish head for Kacaki Bay. The depths here range from five to 30 metres making it perfect for new or experienced swimmers.

Advanced divers can weave their way in and out of Red lionfish, Barracudas and Groupers as they tackle the Big and Small Reef. Along the way witness ex-coast guard patrol ships, a 37-metre-long ex-Turkish Navy water tanker and DAKOTA C47 plane wreckage.

Did you know? To become a certified diver, you usually have to participate in four open-water dives with an instructor.

This course can be completed over the duration of your holiday, and once finished you can swim under the supervision of a professional, up to a maximum depth of 12 to 40 metres all over the world. 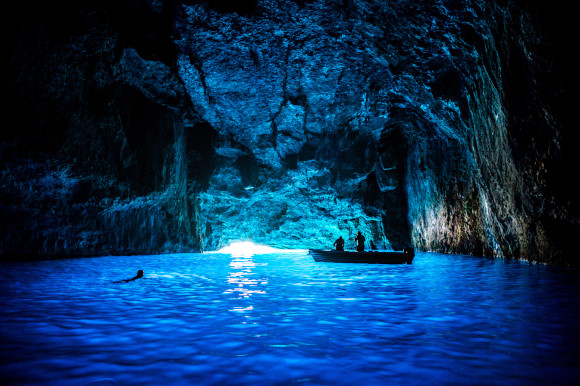 Why visit? Said to be one of the top 100 diving locations in the world, Kas offers deep sea swimmers the chance to roam mysterious steamships such as the Duchess of York’s vessel and Ottoman shipwreck. It’s by far the most highly-rated spot on the island for its variety of sea life including Amberjacks, seahorses and turtles. Famous for its picturesque underwater world and 30 sites, float between canyons, coves and relics dating back 2,000 years.

The main highlight is the Blue Hole, which is home to several types of reef sharks and tropical fish. Lying in the centre of the Lighthouse Reef, this large sinkhole is 410-feet-deep and the world’s largest natural formation of its kind.

Top tip: Record every second of your aquatic experience and take a GoPro camera. 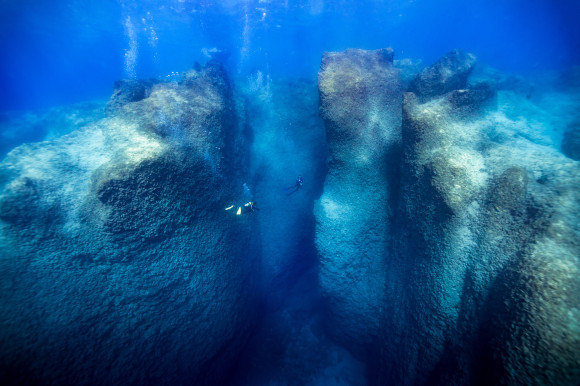 Why visit? Enticing you in with its dramatic coastline, Antalaya’s natural beauty has a reputation as being some of the best in the country. Renowned for its reefs, drop-off points and ancient sea walls – it’s a diver’s oasis. Learners will be in awe of the coast guard wreckage that sits in the artificial reef near Side, while the more advanced can tour the 1977 German U-boats.

Your exploration will lead you to discover remains of ancient artifacts from pottery to old fortress relics. Close by find The Side Underwater Museum which was created in 2015, here lies  landmarks such as the Temple of Poseidon and War of Independence statues.

Did you know? Just off the coast of Antalya find Kekova, where the remains of an underwater city are visible from the waves. In 2008 divers were banned from the area, however restricted diving is allowed with special permission and under strict supervision of archaeologists.

Asteria Bodrum Resort: With a flashy 5 star status and close to the popular resort of Bodrum, this property is worth shouting about. From 4 swanky a la cartes to a kids’ club and to a sauna, there’s something for every holidaymaker.

Hotel Club Letoonia: This is one for the beach lovers, with three private patches of sand sitting just inches away from the complex.

When you’re sampling its seven bars and it’s a great choice of restaurants, Fethiye’s many charms can be reached by the hotel shuttle boat. Activity-wise, you’ve got everything from mini golf, beach volleyball and Zumba classes. 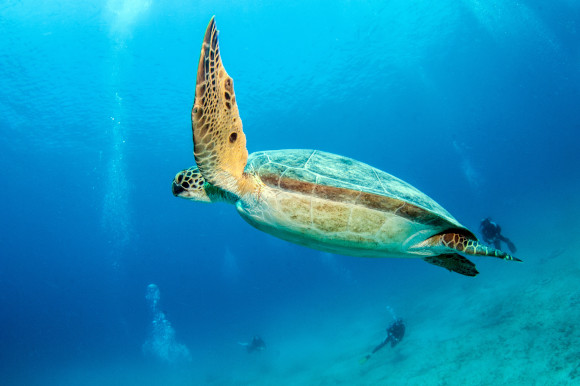 Why visit? Wetsuits at the ready! The ocean floor of Fethiye is made up of swim-through arches coated in soft corals, mysterious tunnels and plunging slopes. Distinguished sites harbour Roman amphorae dating back to 300 BC, while secluded coves nest Cuttlefish, lobsters and octopuses. Adrenaline-filled adventures can be found in Amphorae Bay, where intermediate swimmers will tackle its three narrow burrows.

Red Island is a natural amphitheatre measuring 20 metres, head here at night with a torch to reveal a plethora of vivid sponge. Investigate the engine bays of the 40-metre-long TSCG ship that sits 27 metres below land.

Did you know? Scuba diving lessons range from £30 – £150 depending on the level and qualifications needed. 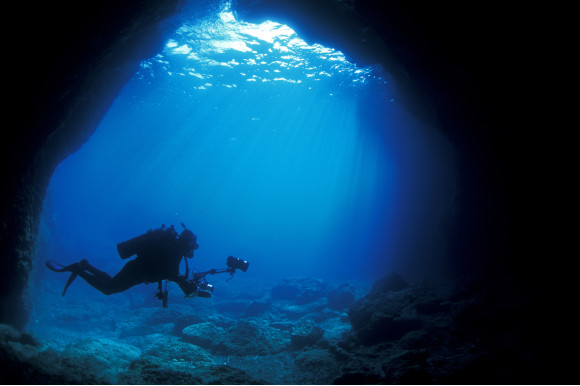 Why visit? Just like dry land, the depths of the ocean in Marmaris are no less attractive. It’s one of the most popular watersports in the area due to its clear waters and visibility. Whether you’re renting equipment or taking a guided scuba diving excursion, you won’t be disappointed by its vast marine life, rare rock formations and steep walls.

Baca Cave also known as ‘Chimney Cave’ due to its distinctive shape is a top starting point for beginners, it’s only 14 metres in depth and is home to small shrimp and Red Cardinal fish. Aksu Cove boasts a 40-metre-high wall and pieces of Byzantium remains are scattered along its seabed.

Did you know? There are 52 diving points in Marmaris alone!

Escape the resorts and head to Turkey’s most exclusive areas, where cavern dives and unique species are easy to come by. 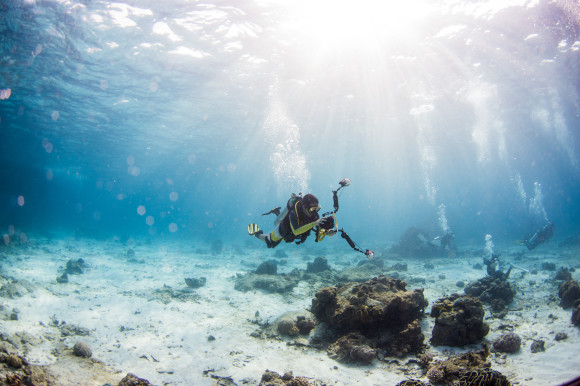 Although diving in Turkey can be done all year round, for the warmest waters we’d recommend swimming in its depths between April and November. The sea temperature average at around 21°C and in the summer can rise above 30°C.

Visibility is at its best in the summer, when the underwater climate is at its highest. However, if you’d like the most exclusive spots to yourself, avoid peak seasons.

Top tip: Wanting scuba diving lessons? In order to fully complete an intense course during your holiday to Turkey, we’d suggest traveling outside of August and July when tourism is at its highest.

With 8,000 kilometres of coastline full of old artifacts, marine parks and islands beneath the surface – the choice of diving spots in Turkey are endless. 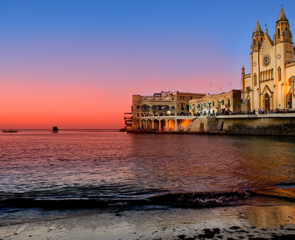 The Best Places in Malta for Your Honeymoon 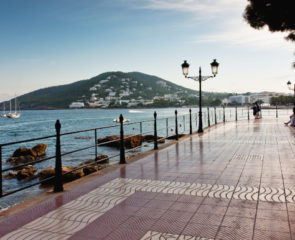