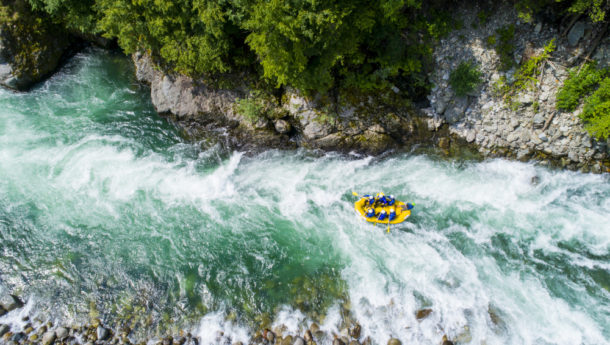 You’re on holiday. Are you somewhere familiar or have you travelled to a more far-flung destination? Do you see yourself more likely to be topping up your tan or climbing up a steep mountain? You’re hungry and it’s 9am local time –  will you be tucking into an English breakfast or treating yourself to something unusual like hákarl (fermented shark)?

Chances are where you’re from in the UK will shape how you respond to all of the above. You see, courtesy of a little survey we recently carried out, we’ve discovered that some cities in the UK are more adventurous than others. Read on to find out more.

There you have it. It’s official. When it comes to holidays, London is the most adventurous city in the UK. Nipping at its heels in second place is Birmingham, with Bristol not too far behind in third place. Rounding off the top five are Edinburgh and Sheffield.

We found that the nation’s capital consistently scored well against our adventurousness assessment criteria, whether it’s a willingness to try an extreme sport or activity when on holiday – London was second overall, behind Belfast – or being up for sampling ‘local delicacies’ (the capital came in fourth overall).

That sense of adventure is something that Londoners are all too aware of, with 61% of respondents to our survey saying that they believe themselves to be adventurous on holiday. Only holidaymakers from Birmingham (63%) and Sheffield (62.5%) are more sure of this.

And while Londoners are most up for what might seem like one of the least extreme activities you can do when on holiday – hiking (28%) – they nevertheless do show an appetite for more thrilling activities, such as swimming with sharks (21%) and sky diving (21%). Nine percent said they’d even try base jumping.

You’re more likely to find holidaymakers from Liverpool enjoying all the perks that come with an All Inclusive holiday, than engaged with more hair-raising and heart-thumping exploits like hang gliding or caving. All Inclusive, you see, is the preferred holiday choice of Liverpudlians (55%), followed closely by beach holidays (54%) and city breaks (49%).

Now, to be clear, being named the least adventurous city in the UK isn’t a bad thing. Nor is it something that folk in the city are going to lose any sleep over – it’s just not their gig. Even by their own admission, they’re not that into seeking thrills and spills when away, with only 39% of respondents from Liverpool describing themselves as being adventurous when on a break.

The kind of holidays that Liverpudlians are more interested in are those that can be described as being laid-back. For example, when asked what stops them being adventurous on holiday, most respondents replied that it’s simply down to what they prefer doing on their travels – which is to relax (45%).

Food, however, is an interesting one, and somewhat bucks the city’s penchant for ‘playing it safe’. Our survey found, for instance, that when on holiday Liverpudlians overwhelmingly prefer to eat local food (31%) over British grub (6%). Although, that said, it’s important to note that the number one choice is in fact a mix of both (42%).

Which nicely leads us on to the next section …

Norwich most adventurous city for trying out local delicacies on holiday

Despite thinking of themselves as being unadventurous holidaymakers (41%), respondents from Norwich are most up for tasting all sorts of weird and wonderful local delicacies on holiday. Only 30% said they wouldn’t try exotic foods, whether that’s tequila worms or mountain oysters (yeah, us neither).

In terms of what they’re most up for trying – or indeed, have tried – on holiday, crocodile came in first (33%), followed by frog legs (32%) and, in joint third, snails and kangaroo (30% respectively). Yep, kangaroo. We didn’t even know that was a thing, along with ‘cat poop’ coffee, crispy tarantulas and fried rattlesnake. Who’d have thought, eh?

The second most adventurous city for wolfing down the kind of dishes you won’t find yourself rustling up on an average Wednesday evening back at home is Bristol, with travellers from the city more likely to be giving raw fish (34%) and crocodile (26%) a go. Holidaymakers from third place Edinburgh, meanwhile, are most up for chowing down raw fish (29%), snails (27.5%) and frog legs (27.5%).

More generally, Brits are, somewhat surprisingly, up for tasting unusual local dishes when on holiday. Only 41% said they wouldn’t entertain any of the options presented to them in the survey – which we completely get. A century-old egg or stink bugs (whatever they are), for example, gets the thumbs down from the Broadway Travel team!

Anyway, we digress. The willingness of Brits to try local delicacies has to be taken in context – it’s clear from our results that the so-called more exotic dishes that respondents are willing to try on holiday are arguably the least extraordinary ones, such as raw fish/sushi (29%), snails (23%) and frog legs (21%). Still, rounding off the top five were kangaroos (20%) and crocodiles (19%). And they’re pretty unusual.

Holiday preference and lack of confidence put Brits off being adventurous

The reason that travellers gave for not being adventurous on holiday is interesting. For many, it has nothing to do with stumbling blocks, such as language barriers or not feeling fit or strong enough for certain physical activities.

Nope. For a considerable number of respondents it’s more about what they want to do on holiday. And for 30% of Brits, it’s to relax. That’s especially true for holidaymakers from Liverpool (45%), Glasgow (41%), Edinburgh (38%) and Newcastle (34%).

For others, the biggest hurdle is confidence. We found, for instance that 24% of respondents cite a lack of confidence as the main reason for not being adventurous on holiday, whether it’s signing up to do an extreme activity or consuming a dish that is as unusual as they come. For cities like Norwich (32%) and Newcastle (30%), it’s a big barrier, but less so for travellers from Belfast (18%) and Nottingham (19%).

Elsewhere, it’s all down to who respondents find themselves on holiday with. According to our survey, 15% of Brits are held back from all sorts of white-knuckle, heart-in-mouth adventures because their travel buddies are not up for participating in an extreme sport or activity … much to their disappointment!

See how adventurous your city is below: Best Places to View the Sunset in Ibiza 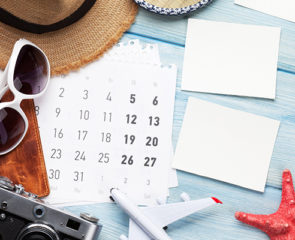