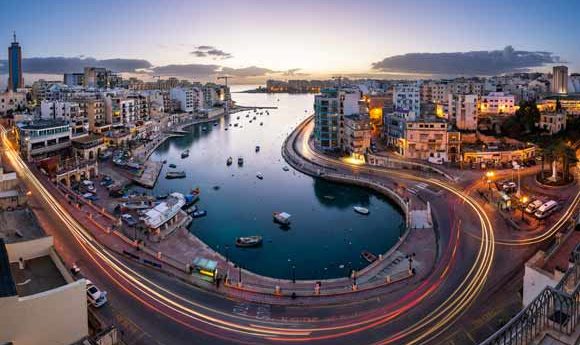 More famous for its archaeological sites, diving spots and natural beauty – Malta may not spring to mind when it comes to filling your event calendar. But delve a little deeper and you’ll discover this Mediterranean sensation packs an almighty punch when it comes to festivals and celebrations.

Despite being one of the world’s smallest countries, a plethora of events are held across its group of islands all year round. Serving locals and holidaymakers a rich feast of experiences, with something to suit all tastes, this pocket-size destination knows how to have a good time. Don’t believe us? Take a look at Malta’s top 5 crowd-pleasers for 2020.

Kicking off Malta Music Week in style is one of the island’s more modern events. Heading into its 14th year, Isle of MTV is all about bringing the world’s top artists to Malta’s sun-drenched shores. Previous editions have seen the likes of Lady Gaga, Maroon 5, Wiz Khalifa and Clean Bandit welcomed on its grand stage in Il Fosos Square.

2020’s full line-up is yet to be confirmed but we’re sure we can expect some big names with a crowd of 10,000 mainstream music lovers. But the fun doesn’t stop there! Evenings across Malta play host to an incredible variety of club nights and street concerts – serving as one big after-party.

So, head over to the official Isle of MTV website and book your place at this year’s event.

When is it? All summer long

Having almost single-handedly put Malta’s name of the global club scene map, Uno Malta flaunts a reputation as big as its size. Holding up to 4,000 people, there’s no other way of putting it – this open-air venue is huge!

Set in the heart of Ta’ Qali’s crafts village, this super complex is a clubber’s paradise. Across its expansive terraces, lined by palm trees and beach huts, you’ll find three stages hosting some of the world’s biggest dance artists and four chic bars stocked full of your favourite drinks. And to round it all off, you have, of course, the pulsating energy of fellow party-goers to go with it.

Since opening its doors in summer 2016, this iconic venue hasn’t looked back, as it continues to welcome clubbing nomads to this corner of the Mediterranean for experiences like no other. With big crowds, big hits and a big night out guaranteed, make sure you don’t miss out on the action!

Due to only being open in the summer, activity is low on the ground during the winter months. However, as we approach the long evenings and sun-soaked days, you’ll find plenty of big-name announcements.

Did you know? Despite being home to less than half a million residents, Malta has become a hotspot for electronic/house festivals in recent years. Surrounded by crystal-blue waters and with year-round sunshine on tap, it’s easy to see why.

Lost & Found Festival and Glitch Festival are two of its most recognised events, both getting bigger with each passing year.

A post shared by Farsons Beer Festival (@farsonsbeerfestival) on Aug 3, 2018 at 3:57am PDT

This long-running festival provides Malta’s answer to Oktoberfest. Balmy summer nights and an ice-cold beer – these two things just go hand in hand, don’t they? So it’s little surprise why this event has won the hearts of the nation. Running for over 40 years now, it gets better every year.

Thousands will head to the national park for a serving of refreshing regional and foreign brews. With everything from lagers, pilsners, pale ales and fruit-flavoured concoctions on offer, you’ll be sure to find your go-to tipple and who knows, even discover a new favourite!

As well thirst-quenching pints on tap, this outdoor meet comes up with the goods for entertainment. Supplying the best from the local music scene – with dance artists, rock bands and cover acts all on the bill – you can enjoy a merry jig to a diverse range of tunes. Spread across ten days, and completely free to enter, this celebration of all things beer is the perfect tonic for a Maltese summer getaway.

Top tip: Looking to woo your loved one? Look no further than Malta. Romance lingers in the air on this enchanting island, making it the ideal place for a couples retreat.

Take a look at our ‘Things to do in Malta as a Couple’ post for some inspiration.

When is it? Sunday 8th September

Victory Day serves as a catalyst for celebrations and festivities for locals. What do the significant events of holy Virgin Mary’s birth, the end of the Great Siege in 1565 and triumph over the Italian army in 1943 all have in common? As well as being three of Malta’s most significant events, they all fell on 8th September – symbolising its colourful history and Catholic beliefs.

The Maltese people being a proud bunch, and you can experience it first hand on this special day. Street parties and grand feasts are held across the isles but for a true taste of what Victory Day is all about – head down to the Grand Harbour, where large crowds gather for a magnificent spectacle of long-time traditions.

In Fort St Angelo, re-enactment groups animate this historical site with shows while Mass is observed is celebrated. Meanwhile, the glistening waters beneath host the rowing regatta in the afternoon, where six teams battle it out to be crowned the best rowers on the island. Then in the evenings, the night sky is lit up by a fantastic firework display.

Did you know? Across its 2,000+ year life-span, Malta has overseen 11 foreign rules.

Malta finally gained independence on September 20, 1964. Of course, this momentous day was declared a national holiday and has been celebrated ever since.

Top tip: “Although one of the smallest countries across the globe, there’s no shortage of Baroque landmarks and 15th century relics.”

Take a look at our ‘Top 10 Must-See Attractions in Malta’ for some sightseeing inspiration.

Mixing vintage motors and Malta’s historic backdrop, this is one for the car nuts. And this year sees the festival celebrate its maiden decade since its formation. Starting in 2009, this classic meet-up started on Valletta’s ring road before it was wheeled away to Mdina in 2011. And it has remained in the northern region of the island ever since.

Gearheads are treated to three events over four days. Kicking off the festivities is the Thomas Smith Hill Climb, where participants race to the top of Ta’ Pennellu Hill. This is followed by the Mdina Concours d’Elegance, which celebrates the history and allure of the classic car. Collectors flock here to show off their prized treasures while people dressed in period costumes gives the event a truly authentic feel.

Saving the best for last, the Classic Grand Prix puts these remarkable machines to the test on Mdina’s circuit – made up of winding streets, tight bends and uphill climbs. Across two days, drivers pit it out against each other to see who will be crowned champion.

Did you know? Racing is not limited to land in Malta – with the Rolex Middle Sea Race also taking place here.

Starting from Valletta’s Grand Harbour, cruisers embark on a 608 nautical mile long trip that sees them race around Sicily anti-clockwise and pass through the Strait of Messina. Over 100 teams from around 30 different countries are expected to take part in this year’s event.

With so much variety across its social calendar, there’s no reason why 2020 shouldn’t be the year you set your sights on this fun-loving archipelago! 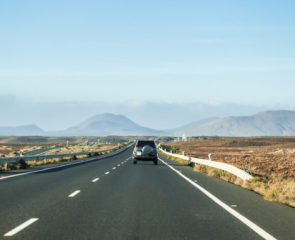 10 Top Tips for Driving in Spain 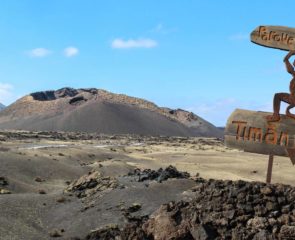