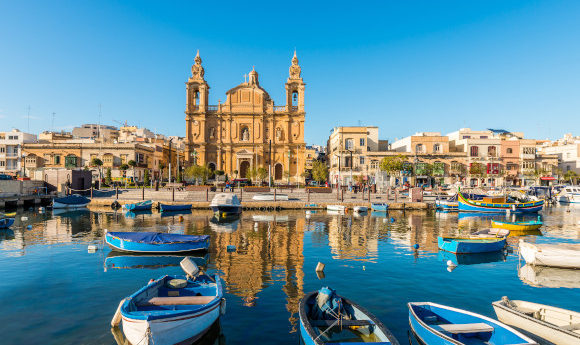 Made up of seven islands, Malta contains some of the world’s oldest man-made structures. Although one of the smallest countries across the globe, there’s no shortage of Baroque landmarks and 15th century relics. In fact, the capital city of Valletta is a UNESCO World Heritage Site with its iconic architectural masterpieces known as the Grandmaster’s Palace and St John’s Co-Cathedral.

It may be the perfect base for history enthusiasts, but its natural beauty draws crowds of holidaymakers in from miles. Revel in this hotspots scenic gardens, dive the depths of its turquoise-tinted waters at the Blue Lagoon or admire the limestone caves of the island’s famous grotto.

Explore it all with a camera in hand, and to make sure you don’t miss a thing – here’s the top must-see attractions in Malta.

Location: Surrounded by two natural harbours and situated along the island’s north coast, Valletta is the capital city of Malta.

Why visit: As 2018’s European Capital of Culture, this city is an attraction in itself. Built by the Knights of St John by hand, it surprisingly only took 15 years to construct its world-famous bastions, medieval walls and enchanting cathedrals. Valletta’s narrow cobbles are music-filled and decorated with awe-inspiring artwork from big-name craftsmen such as Caravaggio. While, its main streets are gateways to notorious landmarks including Barrakka Gardens and Fort St Elmo.

Described as one of the most concentrated historic areas in the world, with its old-world Parliament Building, dominating City Gate and Europe’s oldest theatre  – Valletta never ceases to amaze.

Did you know? Valletta is the third capital city of Malta, before that it was Mdina and Vittoriosa. 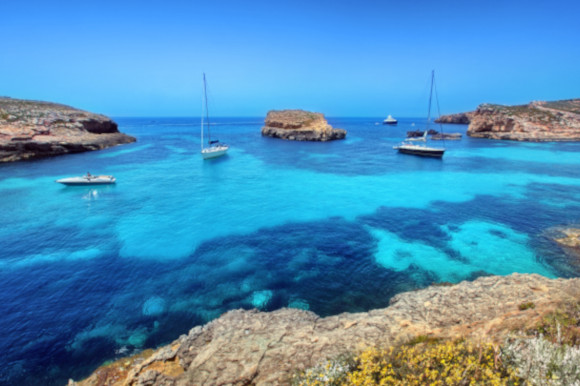 Location: Situated on the island of Comino – Malta’s smallest inhabited island and nestled along the west coast, the Blue Lagoon is only 25 minutes from the mainland by ferry.

Why visit: This small bay is a slice of paradise, boasting unique azure waters and jaw-dropping views of the surrounding Maltese islands – it’s a natural phenomenon. At depths exceeding 10 metres, it’s considered a top diving and snorkelling spot for its rare rock formations and alluring seabed. Holidaymakers flock to swim along its Caribbean-like coastline and capture photos of the surrounding rugged cliffs.

This sun-drenched stretch is the ideal base for soaking up rays, but be quick, this popular attraction lures a huge crowd. Escape the hustle and bustle and wander among the island’s lava fields, before stumbling across the 17th century Santa Marija Tower.

Did you know: The Blue Lagoon was the movie location for the 2004 drama Troy. 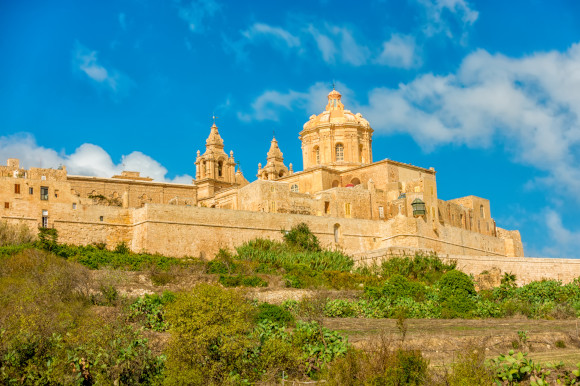 Location: Based in the north but boasting a central location, Mdina surrounds itself among architectural wonders.

Why visit? Serving as the island’s capital during the medieval period, this fortified resort is also referred to as the ‘Silent City’ for it timeless atmosphere. Step back 4,000 years and walk the walls of this ancient city for ever-expanding vistas. Now, the home to Malta’s elite get lost among grand palaces fit for royalty and soak up Roman remains along the way.

Highlights include the 17th century St Paul’s Cathedral and its beautifully decorated domes by Mattia Preti. Then check out St Paul’s Catacombs, a Roman burial complex and museum brimming with historical artifacts. There’s also an impressive National Museum of Natural History and a well-preserved art collection in Browse Palazzo Falson.

Top tip: A family-friendly way to discover Mdina’s epic history is by touring the dungeons. 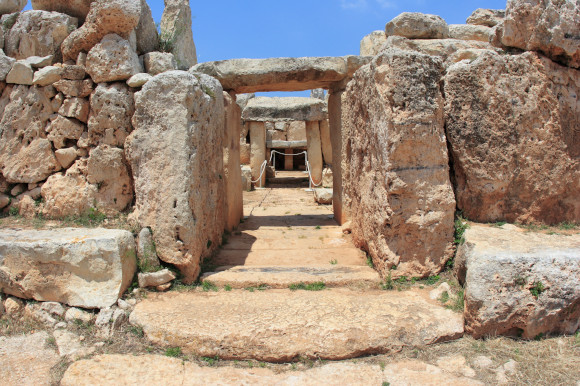 Location: Overlooking Malta’s sapphire coastline and the island of Filfla, find both these historical sites in the south next to the village of Qrendi.

Why visit? Cover two landmarks in one! Just 500 metres from the Hagar Qim Temples, find Mnajdra. The fascinating fact is, no architect in the world can explain how these limestone buildings were constructed without the use of metal tools – mysterious. Nevertheless, you’ll discover three shrines dating back to the Tarxien phase from the 25th century BC.

Standing on the hilltop awaits Hagar Qim which is comprised of four structures. Here the temples still houses remains of wall carvings, alters and pit-marked slabs. The most fascinating feature is the Solstice and Equinox doorway which marks the rising sun on the first day of spring and autumn.

Opening hours: Monday to Sunday from 9am – 5pm.

Top tip: Guided tours are highly recommended to fully embrace your mythological surroundings. These start at 11am or 2pm. 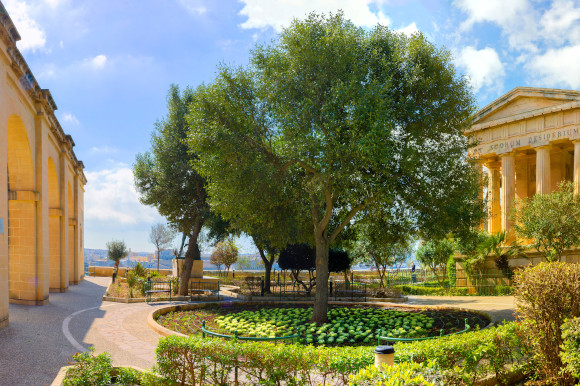 Location: Split into two, the Lower and Upper Barrakka Gardens,  find both of these floral landmarks in Valletta.

Why visit? Not only celebrated for its flower-filled terrace full of exotic fauna, but the Upper Barrakka Garden enjoys some of the best views in Malta. Perched on top of the Grand Harbour, relish in unobstructed panoramic sights of Birgu, Senglea, Cospicua and the Mediterranean. Walk among statues, plaques and unusual structures explaining Maltese heritage –  after all, this famous attraction was destroyed in the war, so there’s plenty of history to uncover.

Just a 15-minute stroll away find its sister garden, which is perfectly positioned parallel to the mouth of Malta’s port  and ideal for watching passing cruise ships.

Opening hours: Monday to Sunday from 7am – 10pm 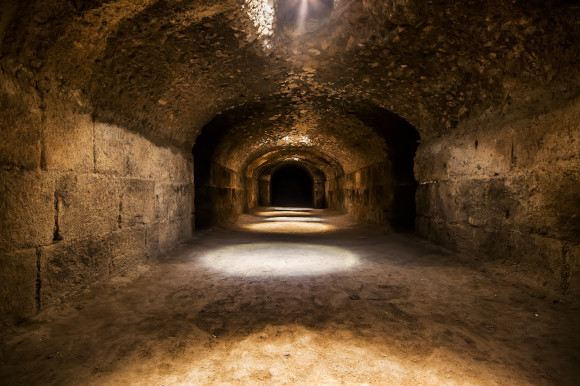 Location: Only 30 minutes from Mellieha, and just 15 minutes from the resort of St Julians, this pre-historic attraction is within easy reach.

Why visit? Discovered in 1902 during construction work, the Hypogeum is a series of interconnecting rock-cut chambers. The upper level is said to be a burial site, which was originally open-air and dates back to 4,000 BC. The middle tomb contains rare red ochre wall paintings and is decorated with unique carvings commonly shown in Megalithic Temples.

When you’re not trying to uncover the meaning of the wall markings, head down the rocky steps to the lower chamber known as ‘Holy of Holies’. These sites are testimony to a cultural tradition that has disappeared.

Opening hours: Monday to Sunday from 8am – 4pm

Top tip: Due to its ever-growing popularity, only 10 visitors an hour are allowed to enter the Hypogeum. We’d suggest heading here as early as possible to ensure you bag yourself admission. 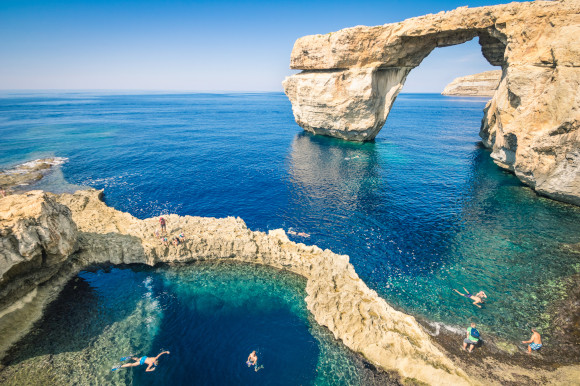 Location: Every 45 minutes a ferry from Cirkewwa in the mainland leaves for Gozo. It takes roughly 30 minutes to get there.

Why visit? As one of the Mediterranean’s top diving spots, the real question is – why wouldn’t you visit? Renowned for its yearly carnivals, street processions and operas – expect event after event in Gozo. Home to the famed Azure Window, Ggantija Temples and the most important archaeological site in Malta, Marsalforn – there’s no end to the must-see attractions.

Its pristine beaches and rocky terrain allow you to step away from the medieval relics. Bask in the sun at Ramla Bay, before wine tasting in the rolling vineyards. Adrenaline junkies can take on abseiling and rock climbing, while laid-back types walk the cliff tops.

*Prices are subject to change. 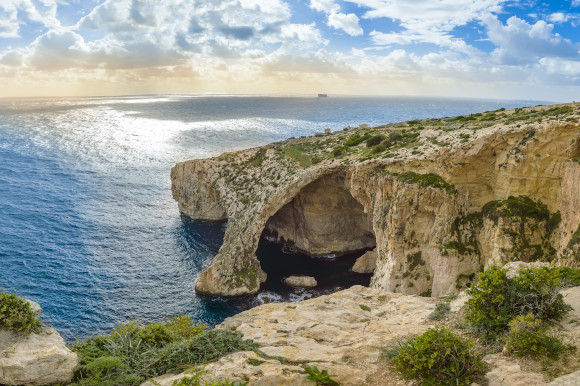 Location: Hidden away on the southeast coast of Malta, find the magnificent Blue Grotto and its idyllic waters.

Why visit? Attracting 100,000 visitors per year, it’s safe to say this alluring spot is one for the bucket-list. Recognised for its 30-metre-tall arch and seven mysterious caves, this spot invites you to swim, snorkel or dive its celebrated ripples. The Honeymoon Cave, Cats Cave and Reflection Cave are the most popular for underwater adventures with its interesting rock formations and clear visibility making it a diver’s oasis.

On the sunniest days, the magic happens. Watch as the rays reflect off the white seabed and cave walls to create purple, green and orange infused waters.

Best for: Snorkelers or divers

Top tip: For the best chance of witnessing the colourful grotto, take the first boat trip at 9am when the waters are calm and it’s at its quietest.

Location: This traditional Maltese village is situated in the southwest of Malta, just 20 minutes from the resort of Sliema.

Why visit? With a backdrop of the Dingli Cliffs, this sleepy city is often overlooked. What most don’t realise is that Siggiewi is a playground of Baroque buildings and habitats several top attractions. Limestone Heritage Park is among those, with its folklore dance performances, live music and sweet- smelling aromas from the many food stalls. Overlooking the Verdant Valley, Inquisitor’s Summer Palace awaits your exploration, alongside the Parish Church of St Leonard – another must-visit landmark.

At the end of June watch fireworks illuminate the town and brass band parades fill the street at Siggiewi Festa – the biggest celebration of the year!

Did you know? Limestone Heritage Park is a wedding hotspot, so if you’re looking for something special for your big day – Siggiewi is the place to be! 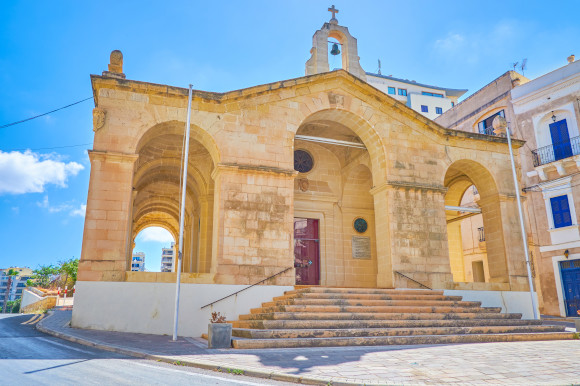 Why visit? Enchanting guests with its Skorba Temples, vintage car collections and larger-than-life aquarium – the list of activities are endless. On one side you’ve got beautifully restored Neoclassical churches, including the domed Mosta Rotunda and its WWII bomb replica. On the other, there’s Salina Nature Reserve and its unique species.

St Paul’s Bay boasts a waterfront location, where a helping of top-quality restaurants and boutique shops decorate its promenade. Not forgetting a waterpark brimming with splash zones, multi-racer slides and plunging wet rides.

In Malta you can cross the island in under an hour, so no matter where you’re staying, you’re in a prime location for exploring its must-see attractions. Now you know which spots to cover – let the adventure begin! 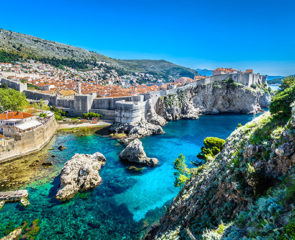