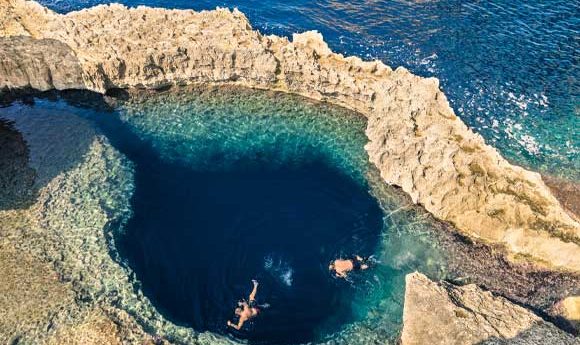 Malta’s mix of mysterious caves, extensive reefs and aquamarine waters make it a diver’s paradise. Despite its notoriously small size, this Mediterranean archipelago packs plenty in. From submerged vessels to striking coral reefs, a variety of sights are waiting to be uncovered across its ocean floor.

Whether you’re a newbie dipping your toe in the water or a master diver on the lookout for a new underwater playground – all levels are welcome. And our essential guide to scuba diving in Malta is everything you need when planning your deep sea adventure. Alongside the best locations – difficulty ratings, diving schools and top tips are also covered. Go on, dive right in. Why visit?  Often referred to as one of Europe’s best diving spots, Gozo is highly regarded for its warm temperatures and crystalline waters. While you can drive across Malta’s sister island in less than 10 minutes, indulging in its coastal delights takes up more time.

Start at Dwejra Bay, home to some of the world’s most dramatic rock formations – the Azure Window was its premier attraction before its collapse in 2017. But that hasn’t deterred divers from flocking to its foamy shores. The Blue Hole and its 10-metre wide sinkhole leading to the open ocean is a great starting point.

For something more unique, the Inland Sea is on hand with an 80-metre-long tunnel to explore. And for a spectacle in marine life, Coral Cave flaunts a kaleidoscope of vibrant colours, where you’ll come across Barracuda, Damselfish and Starfish on your journey.

Did you know?With hundreds of dive sites scattered across its three inhabited islands, more than 50,000 people per year flock to Malta for diving holidays. 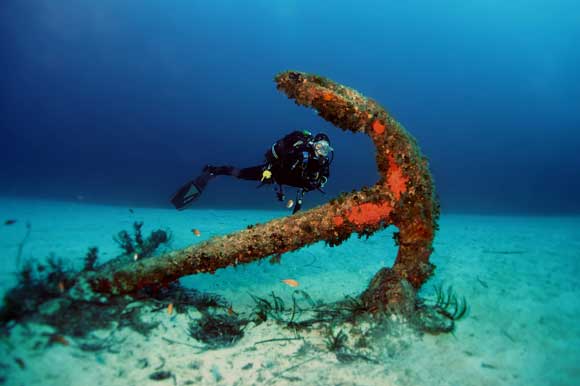 Why Visit? Set on the northernmost part of Malta, this is one of the island’s most visited diving spots. All of its major lures are accessible from the shore, that means no boat rides, so you can just jump in and start exploring.

A duo of deep wrecks makes up Cirkewwa’s leading attractions. Firstly, there’s P29 – a former patrol boat that lies just 150 metres away from the bay. Sat upright on the ocean floor at a depth of 34 metres, this vessel invites advanced divers to weave through and explore its interiors. Located nearby is Rozi tugboat, which has been attracting undersea explorers since 1991.

Measuring in at around 35 metres in length, there’s plenty to uncover across the different rooms. And with beautiful clear waters and lots of fish life to add to the ambience – it’s little wonder why these two sites continue to pull in the crowds.

Top tip:At just 316 square kilometres, Malta’s compact size gives you the chance to visit more than one diving spot each day. Plan ahead, make a list and see how many you can tick off! 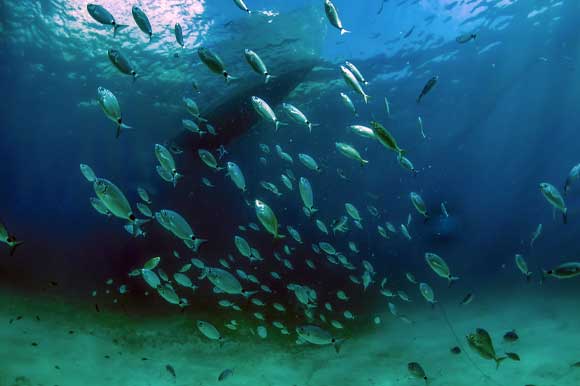 Why visit? At just two kilometres long and 1.7 kilometres wide, tiny Comino is the land that time forgot. But despite its minute size, where its population can be counted on one hand, this island holds a big reputation amongst divers.

Situated on the west coast is the world-famous Blue Lagoon. With its blend of azure waters, rich marine life and spectacular rock formations – this hotspot serves a piece of paradise and a brilliant snorkelling spot. Most dive sites are only accessible by boat, but don’t let that put you off, each one is worth the trip.

Rookies will be enticed by the Santa Maria Caves, where its collection of gulleys, caverns and swim-throughs can be enjoyed alongside fish feeding. For a more technical plunge, Lantern Point provides an L-shaped tunnel and a vertical wall that goes down to 50 metres!

Did you know?In 1943, French seaman Jacques Cousteau invented the first self-contained underwater breathing apparatus (SCUBA). However, Leonardo da Vinci drew up the first designs for a diving suit all the way back in 1500! Why visit? With its close proximity to the party resort of Bugibba, Qawra goes under-the-radar. However, it welcomes a steady stream of people to its shores looking to unearth its hidden gems.

Despite its modest standing in the diving charts, Qawra plays host to one of Malta’s best reefs. Set offshore, inexperienced divers will need to take a boat to reach the drop-off point. Taking you down to 40 metres below the surface, its steep slopes leads you to a glut of sights, made up of a series of caves, shoals of Barracuda and even an underwater statue of Jesus Christ sat on its sandy bottom.

The coast is 500 metres away, so it’s possible to reach the reef from there. But we recommend this only for accomplished divers who are up for a challenge.

Did you know? The typical cost of a three-day course for beginners is €200 in Malta. 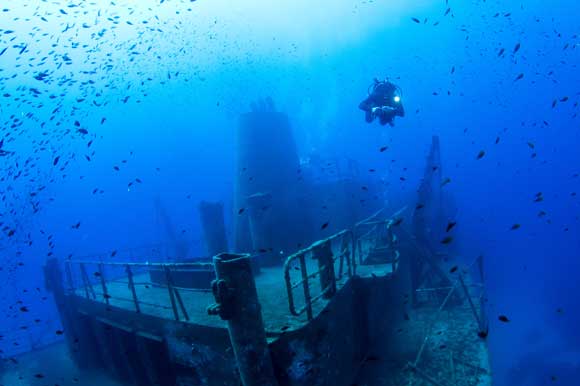 Why visit? The small village of Zurrieq is a haven for scuba divers. Nestled on the sparkling south coast, it is often referred to as the ‘Blue Grotto’. A great mix of caves, reefs and wrecks are waiting to be discovered from its tiny harbour.

At an impressive 110 metres long and with the bottom resting 36 metres deep, Um El Faroud serves up the crème de la crème of Malta’s wreck dives – drawing in divers across the globe since 1998.

Weaving in and around underwater wreckages isn’t for everyone, so there’s a couple of sites of hand that are more about showcasing stunning caves and marine life. And if you’re up for something different, one of the best night dives on the island can be relished here.

Did you know? Sean McGahern, from the UK, currently holds the record for the longest open saltwater scuba dive in cold water. A total of 49 hours and 56 minutes was clocked up back in October 2013.

And St George’s Bay in Malta is where he did it!

There are plenty more exclusive places to discover across the island’s underwater oases. 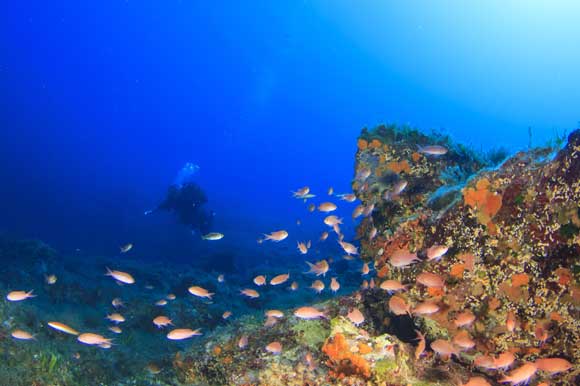 Year-round sunshine means that you’re not restricted to when you can go diving in Malta. With average sea temperatures of 26°C, any time between June and September are the best months for warm waters.

Unsurprisingly, these summer months are also the peak times. However, if you want to avoid the big crowds and explore the underwater sights in peace – April, May, September and October are great times to visit.

Top tip:Mix a small amount of dishwashing detergent with water and apply it to your arms and legs before putting on your wetsuit – and it’ll slip right on!

Now that you’ve seen the best of Malta’s waters – it’s time to dust off your GoPro and set your sights on its glistening shores for your next aquatic adventure. 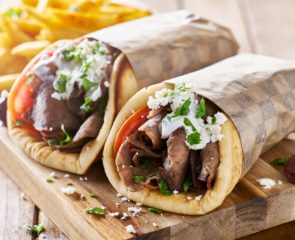 25 of the Tastiest Foods to Eat in Greece

Things to Do in Malta As A Couple