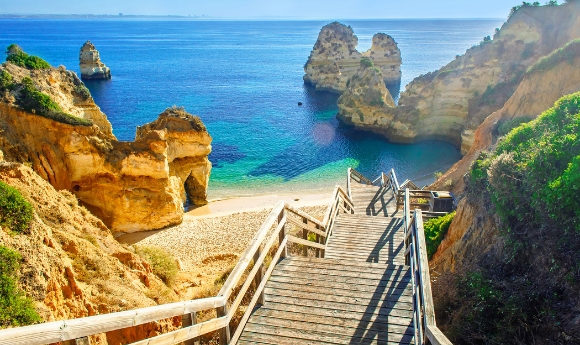 Portugal is one of the oldest countries in Europe and its language is among the most widely spoken in the world. However, while you can instantly associate several things with neighbouring Spain, thinking about what is synonymous with this hotspot may be a little harder.

So, what is Portugal famous for? Here’s the top ten. 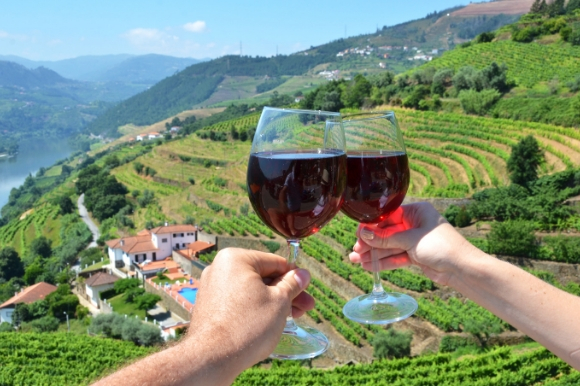 This popular dessert wine is the most famous drink in Portugal. It’s the country’s national drink and has been produced here, using the grapes grown in the Douro Valley near Porto, for more than 250 years.

There are two styles:

Wood-aged Ports: This type of port is the most common. Its aged in casks, usually filtered and then ready to drink instantly.

Bottle-aged Ports: This is the most expensive type of port. It can be left for decades to age in the bottle and is quite rare.

Wines are differentiated by the time they have spent aging, this includes: Ruby, Ruby Reserva, Tawny and Tawny Reserva.

Other countries produce port-style wine but only port wine produced in Porto can actually be called port. 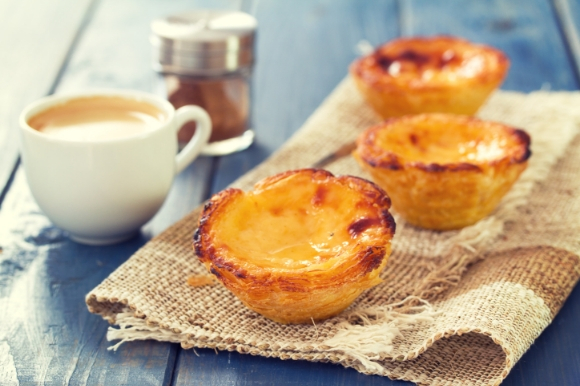 You’ll find bakeries and pastry shops throughout the country. Sweet treats are among the most popular food in Portugal but there is one in Lisbon that stands out from the rest.

Pastel de nata – also known as Pastéis de nata – dates back more than 300 years to Belém, just west of Lisbon, where monks created it in the Jerónimos Monastery. They used the yolk leftover from the egg whites that had earlier starched their clothing. The monks sold them to support the monastery before it closed in 1834.

These custard tarts are crispy and flaky on the outside and sweet and creamy on the inside.

Top Tip: Pastéis de Belém in Lisbon is the best place to try these tarts. They bought the recipe from the monks when they opened in 1837. This Portuguese favourite can be found just three minutes from the Monastery, which is now a UNESCO World Heritage Site. 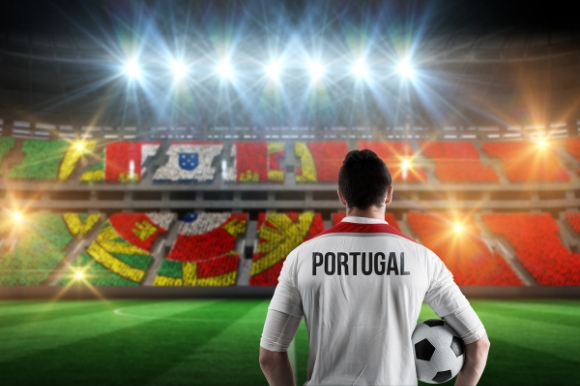 Portugal are among the world’s top football teams, winning the UEFA European Championship in 2016 and reaching the finals of the FIFA World Cup on seven occasions.

‘The Big Three’ is the name given to the three most successful football teams in Portugal. These are Benfica, Sporting Lisbon and FC Porto. The top division is known as the Primeira Liga.

It is also the birthplace of Jose Mourinho, one of the world’s most famous football managers, who coached Porto to double European success in the UEFA Cup and Champions League. 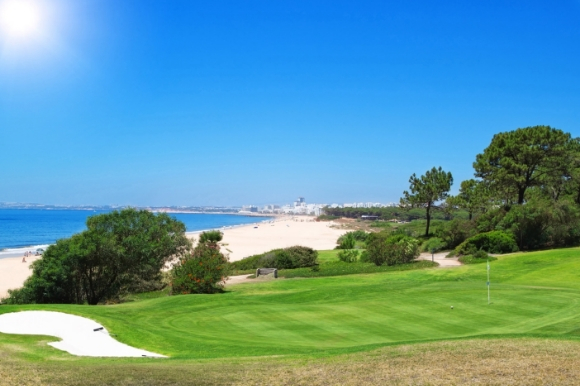 According to Top 100 golf courses, the best five are:

Situated between Portimao and Lagos, you’ll find ‘The Penina.’ This course dates back to 1966 making it the oldest in the Algarve. It hosts professional tournaments including the Portuguese Open eight times.
Don’t worry if your other half is into golf and you’re not, there are plenty of things to do in Portugal. 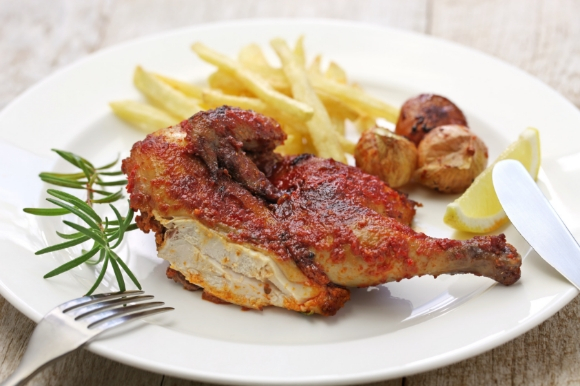 If you’ve been to Nando’s then you may well be familiar with piri-piri (or peri-peri, as it’s also known) chicken.

This chicken restaurant isn’t from Portugal though. It’s actually a South African chain that serves up Portuguese-style food.

Confused? This traditional Portuguese chicken is made with piri piri peppers and is believed to originate in Guia. The peppers, however, actually come from South Africa and were imported from Angola and Mozambique, both of which were Portuguese colonies.

The peppers are now used throughout the country to make marinades and sauces.

Where to stay in Portugal 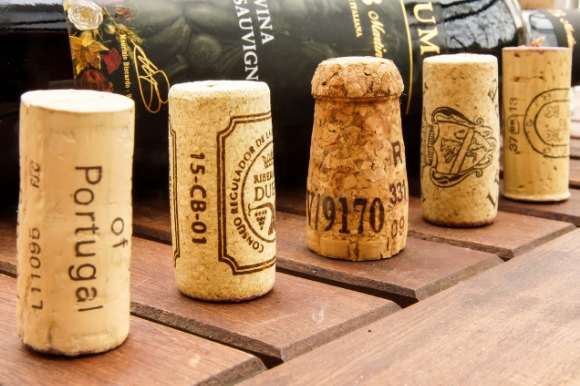 Did you know that Portugal is home to around half the world’s cork-producing oak trees across 1.6 million acres of forest?

There is one in particular that stands out here, The Whistler Tree which is the oldest and largest cork tree. The 1991 harvest is the biggest on record, producing more than 100,000 individual corks alone. This is more than some trees will produce across 200 years.

Portuguese cork is used by brands, including:

Did you know? Cork was first used during the Apollo 11 mission, which took man to the moon for the first time. This year, Portuguese cork will be part of a mission to Mars on the European Space Agency spacecraft.

You’ll also find a lot of products that have been made from cork in Portugal such as handbags, wallets and shoes. 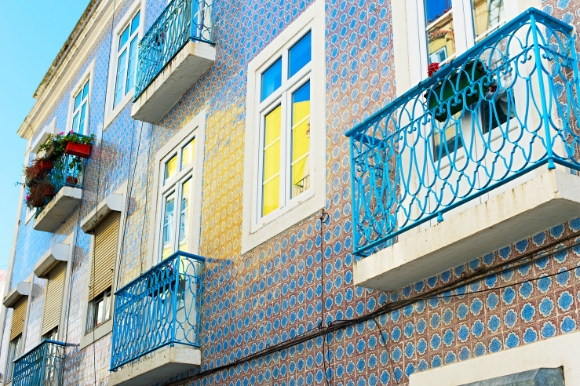 You’ll find many of the buildings, particularly those in Lisbon, are decorated with the most beautiful ceramic tiles. These are known as azulejos – which means ‘small polished stone’ in Arabic.

This was introduced when Portugal was under Moorish rule and were predominantly simple colours, especially blue and white. Over time, newer tiles have started to depict a scene. This may include Portuguese explorers, a religious theme or royalty.

These tiles are used both internally and externally to decorate churches, monasteries, restaurants and bars, stations, palaces and even homes. They are also used for street signs, public benches and walls.

The most famous sites that include these tiles are: Sao Bento Railway Station in Porto and the Buçaco Palace. 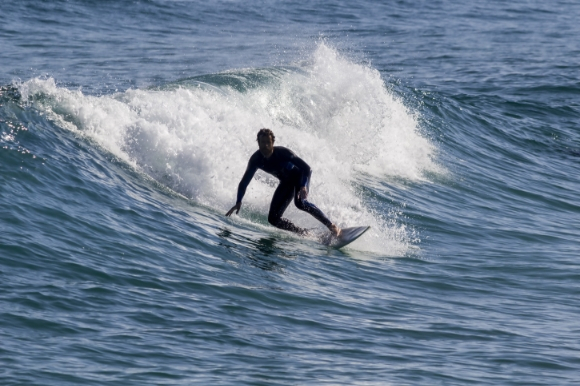 Portugal is one of the top surfing destinations in Europe. You’ll find some of the biggest waves in the world here, which attracts surfers from across the globe.

The best surfing spots, include:

Hawaiian, Garrett McNamara, surfed the highest wave ever recorded in 2012. He caught the 78-foot wave just outside Nazare.# 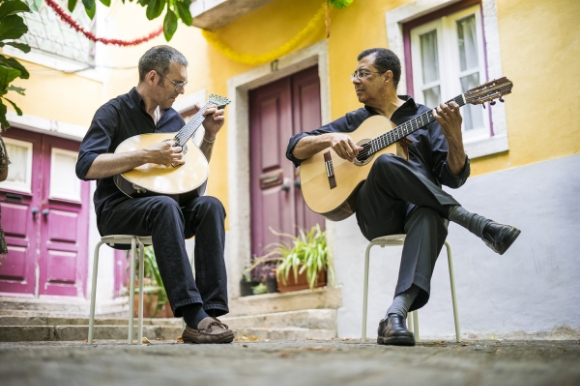 Fado, which was added to UNESCO’s list of the World’s Intangible Cultural Heritage in 2011, is a form of singing that originated in the 1820s in Portugal. It became mainstream thanks to Amália Rodrigues known as Rainha do Fado – Queen of Fado.

Amália Rodrigues: “The Portuguese invented fado because we have a lot to complain about. On one side we have the Spanish with their swords; on the other side there’s the sea, which was unknown and fearful.”

The music is known for being expressive, with the singer often addressing the hard reality of everyday life. An acoustic guitar and the Portuguese guitarra often accompany the singing. 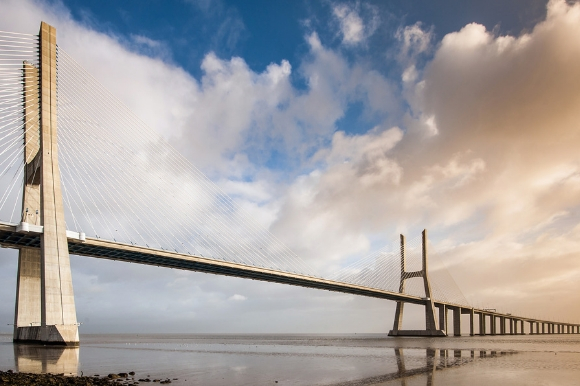 The famous Portuguese explorer Vasco da Gama was born in Sines around 1460.

In 1497 he was commissioned by the king to find a maritime route to the east and became the first person to sail directly from Europe to India.

There is a record-breaking bridge in Lisbon named after him. At more than 10 miles long, the Vasco da Gama Bridge is the longest in Europe. It has connected the northern and southern parts of the country since 1998.

It was built to commemorate the fifth centenary of Vasco da Gama’s arrival from India in 1498.

Now, you know what you can expect when you visit this intriguing country, why not go and see it for yourself? 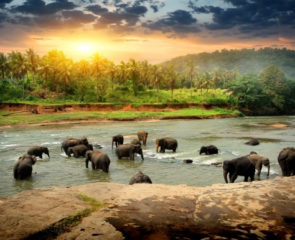 Why Sri Lanka is the Top Travel Destination for 2019 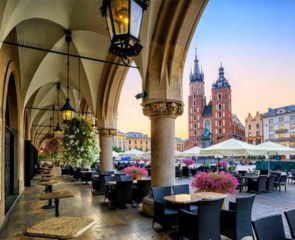 The Best Restaurants in Krakow for Cultured Dishes